I’m assuming you know something of the Sigma Foveon sensor controversy; that is, are they superior to the Bayer sensors found in Canons, Nikons, and most other cameras?  I bought a used DP1 on Craigslist a couple of years ago for $350.  It’s a lot of money for me to spend on a camera, especially one that has a reputation, deservedly, for being difficult to use.  Since then, the camera has been a curse.  Either I can’t set it up fast enough to take the picture, or I do, and I get image quality second to none.

Below is a sample, casual shot, for the first set of photos I took with the camera in Boston. You can see more at Sigma DP1 Columus Day Photos 2009

I’ve gotten used to the controls, focus and slow buffer of the DP1.  But I can’t get around its effective 28mm lens (wide angle).  A year after I bought the DP1 I bought a used G10 (now G12 because it shoots video).  I often reach for my Canon G12 because I can easily zoom in and out of the subject.

I always want the kind of image that comes from the DP1, but I don’t always want to risk losing the photo altogether because the camera is slow or the subject too far away.

I read somewhere that the real quality of the DP1 is in its large sensor (much larger than the G12 by the way) and prime lens.  Was that true?

Like the DP1, I finally found a Sigma SD14 DSLR at a low enough price, used, for $350 on Amazon.  I then bought Sigma’s least espensive zoom lens, a 50-200mm for $159.  (Sigma’s current camera is a SD15).  Since I’ve started following Sigma cameras I’ve noticed that fewer and fewer come up for sale on the used market.  That tells me that many end up in the hands of those, like me, who can’t let them go.

My friend Mary brought over her Canon T1i with its kit lens to test with.  Right away, the T1i is lighter, faster, smaller and easier to use.

Here are two photos that demonstrate some of the difference in the two sensors. 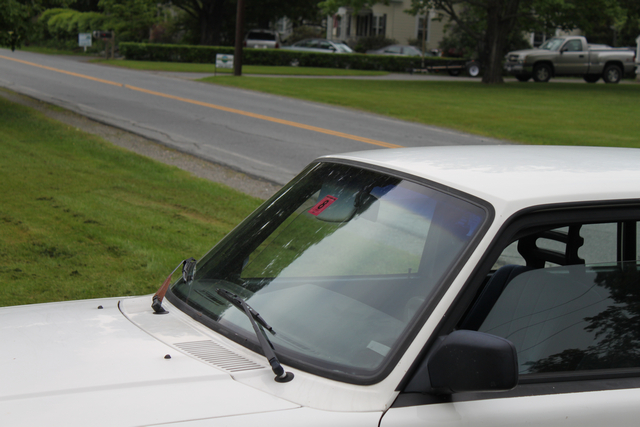 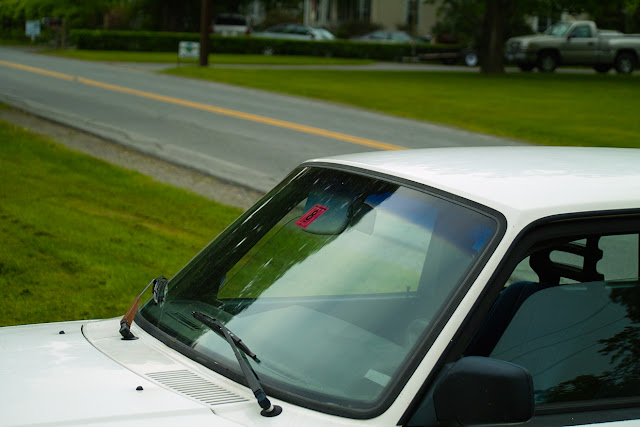 For my taste, the second image has that Foveon feel.  The 3-dimensionality of the light is captured.  It’s difficult to capture the real difference in small JPEGs, but I think these two photos show it, even if slightly.  Also, the Foveon quality really shines with people and nature shots (see my set: DP1 in Maine set), so these two photos are subjectively neutral.
I took a few comparison photos of inanimate objects, like above, and showed them to my wife, Marilyn.  I asked her which photos she preferred.  She picked all the Canon T1i photos.  She found them “clearer and sharper.”  I explained what I saw in the Foveon images, but she still preferred the Canon’s.  That she picked out all the “other” photos shows that there is a difference between Foveon images, but that it’s subjective (she prefered Bayer, I Foveon).
I showed her 3 images.  Those and a few others are here: Quick DP14 to T1i Comparison Photos
That said, she loves the photos I take with the DP1 and has often singled them out over the pictures I took with my Bayer cameras (I’ve gotten similar compliments from others).
I have no allegiance to any camera line.  I love the way the Canons work; that they can be hacked (CHDK)  I had a Nikon digital once that I loved.  Some say a Foveon sensor in a Canon/Nikon camera would be the best of both worlds.  I agree.  But I never see it happening, for a variety of business reasons.
Here are the relative sizes of the Canon, Sigma DSLR and DP line cameras. 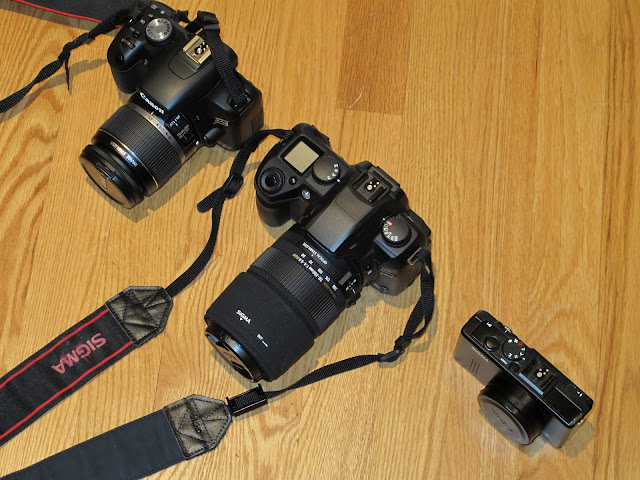 If you have the patience that little DP1 will blow you away.  Here’s a Sigma DP1 Panorama (it was near evening, so not terrifickly lit).
Now my big problem is whether to keep the big, clunky SD14 or put my limited camera money into an easier to use Canon/Nikon DSLR.  Truly, I was hoping I wouldn’t see a difference and could think about getting a Canon T3i, or maybe  Nikon D7000 (which are 3-times more expensive than this used setup).  But there it is again, that “Foveon” look, even with Sigma’s older camera and entry-level lens.  I really like that look.
I went through this with the DP1.  For months after I bought it I considered selling it–I still do.  But when I look at the photos I’ve taken with it I just can’t bring myself to part with it.
Some have said you can get the Foveon look in after-processing. I’ve tried, but can’t do it. If I could I’d rather get a major brand camera with HD video and all the other goodies that come on those platforms.  As it is, like many others who struggle in this odd world of Sigma/Foveon technology, it’s hard to give up that Foveon “look” once you’ve experienced it.